Xie Chengyan looked at the man again, frowning he couldn’t remember anything until he looked at the unpatched footprint on his chest,  suddenly he realized.

He thinks he is not a person who keeps vengeance.

Except for the mission target, he has never beaten anyone indiscriminately.

But I was so fierce to this man.

It’s not like no one has ever molested me before.

But no there is a difference the man in front of him wanted to beat me before he actually molested me.

Soon Xie chenyang consciousness and soul were being pulled.

He didn’t know when the person opened his eyes, the moment they looked at each other,.” something flashed in his mind, he has an idea “Ji..”

In the next moment, he appeared on the beach.

It is a quiet space.

You Huang returned to the space after his treatment.

Xie Chenyang jumped up and grabbed You Huang and stuck him on the ground and said: ” tell me what’s going on!!    He is called Ji Xiao, right? How would I know him? I don’t have him  in my memory!!”

A picture had flashed in his mind before he could remember his soul was pulled out of that body.

Xie Chenyang  paused and pulled You Huang out of the sand of the beach and squatted down there and dusted off his clothes:  ” Sorry, I didn’t know why I was out of control just now.”

After encountering Ji Xiao his emotions can’t be controlled.

“I know you are good to me.” Xie Chengyan washed away the sand on You Huang clothes and stood up.

You Huang fly up toward the sky at once and said, his voice was a little unstable:[ “You know that I won’t harm you!!   let’s go to the next world !!”]

Xie Chenyang wiped his hands in his clothes and asked, “who is Ji Xiao?”

[I know his identity ] You Huang said softly, [ Host don’t explore. You won’t meet him again until the mission is completed and you will return. you will naturally know when everything is over.]

Xie Chenyang said,”I don’t have any memory of him.”

It was the first time You Huang encountered a Host with a lost memory. and the person the host wanted to know has a deep connection with him.

So he deliberately said: [ Host, don’t think too much. you will know when everything is over.”

“You don’t understand,” Xie Chenyang said irritably: “Ji Xiao can recognize me only by looking at my eyes. What does that mean?”

YOu Huang : [It shows that he has a deep bond with you.]

“Yes!”Xie Chenyang sighed :” He must love me so deeply so he never forgets me but I am amnesic by the way why I am amnesic there seem to be no loss in my memory.”

You Huang [it’s not important.]

“Yes, it’s not important. What’s important is, what if I and Ji Xiao were couple before my amnesia?”  ‘Xie chenyang was entangled, “then I am cheating now ?”

You Huang said speechlessly,[One thing I can be sure is that you were single.]

Although the identity of the host Is not be known to him. When he got the task the group leader briefly mentioned it to him.

Xie Chenyang chuckled and put his hand in the pocket: “Ahuang, I’m sorry to say something to you when I was emotional just now. I know that there is a problem with my memory, since you didn’t say anything it means that you can’t say it.”

On the ancient tree, a lot of flowers were in full bloom on it, and its branches and leaves were flying all over up to the sky.

He just sat on the tree branch with patches of light and shadow splashing on his face and his legs hanging in the air.

From a distance you can see the water streams flowing intertwined with mountain cliffs accompanied with the flying petals in the surrounding and deep-sea enveloping the entire island which is full of greenery, the whole view is like a holy land.

You Huang sent him the plot.

Xie Yunyao who was originally an ordinary office worker suddenly became an NPC Boss in the game one day.

Before becoming the boss of Qianliu Island in the game, he clearly remembered that he had been in a  car accident.

When there was no player entered in the Island he can move freely, as soon as a player entered the dungeon he will be forced to be swiped by the players according to the set program.

Of course, he has a specific character development and routine.

Many teams enter the dungeon at the same time but of course not every team is capable of bushes him of.

In fact, he had many avatars but sometimes by chance a team will swipe him and entered the dungeon where he was in.

He couldn’t communicate with the players the NPC had also a  set program, the chat gets only a set reply.

It wasn’t until he met the boss of Dinghe in Hinghualin when he was out that he knew that he had the same experience as him.

Dinghe situation was better than him .

Dinghe was originally a programmer. He had studied for a long time and had roughly researched the program of this game and after various tests, he found that the program had a loophole to be drilled.

But his data flow was not enough to pass through the loopholes and return to reality and it is impossible for other sets NPC  to actively integrate their data with him.

The appearance of Xie Yanyao gave him hope. he knew that no one will give everything for another person, even if he slowly becomes a friend others will be guarded against him unless for love.

Therefore when they could communicate with each other Dinghe deceived Xie Yunyao and won his trust little by little and slowly captured Xie yunyao’s heart in the gentleness of his constant companionship.

After that Dinghe went to the game on a whim and when he went to Qianliu Island, he accidentally discovered that his data fluctuated. After many investigations, he found that although Xie Chenyang’s data was melted away by him but his spirit had not completely dissipated. there is still a bit of incomplete data of Xie Chenyang.

He was still a bit interested in the Xie chenyang after all he hadn’t eaten it after so long.

So he told the Xie family about Xie Yunyao being trapped in the game and encouraged them to go to the game company to make trouble.

Because his technology was not enough to break through game defenses and to safely get Xie yunyao’s incomplete data and take him back to reality.  So he has to rely on the game company.

Xie family parents had only one son and were not well educated so when Dinghe told them so many details of their Yunyao they instantly believed him and got panicked.

They planned to threaten the game company with their life so that company would release their son.

Who knows in the end somehow they were actually found dead.

In fact, the game company did not even think about suppressing them from the beginning, they asked the technical department to verify it.

Now that both parents’ death tragedies occurred the company was greatly affected but they tried to do their best to manage and compensate.

He didn’t know that his parents went to the game company to make trouble because of Dinghe words.

As soon as he came our he was hit hard by the news of his parent’s death.

Dinghe was always by his side, supporting him, and said affectionately that he had contacted the game company as soon as he came out to rescue him and unexpectedly the Xie family parents were too anxious …..and that accident happened.

In the end, Xie Yunyao was still with Dinghe.

Xie Chenyang  broke the tree branch by his side with one hand and said angrily: “This rubbish!!”

Xie Chenyang suppressed the irritably in his heart and looked at the empty surrounding: ” My love is he also an NPC ??”

Not surprisingly he will be rescued soon.

Is he going to have a love affair with data??

Bear cub: God!!  It took me 4 hours to translate this chapter. 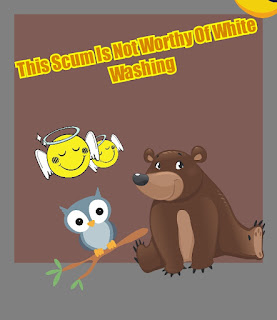 “Um…” Xie Chengyan pondered for a moment and said seriously, “Maybe we have met in our past life, the past two lives, or even before that life.  So when I

Chenyang put down his sword and sat on the ground. Clearly, he doesn’t have any intention to talk. Xiang Qu felt very helpless. This person changed